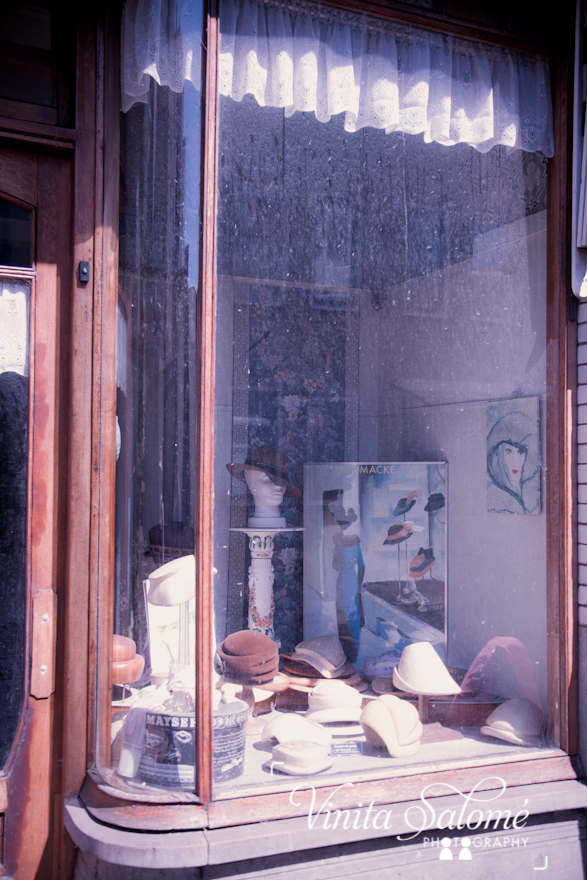 My eyes would love to catch sight of myself, green eyes, under the left-overs, the clientless hats still lingering behind the glass cases in the show room. The stained glass swinging door behind the counter slightly ajar but the opening doesn’t let me see behind, my nose pressed to the dusty glass, and I do so want to see what’s beyond as I do so long to stand in the store beyond the front windows, my brow languishing as the hat moulds waiting to feel once again the warm felt around them.  They intuit the beginning, the fantasy of creations that certainly will not come, locked in the lingering sentiments of the woman too old to assemble more than a daydream behind a chalice of milk in the retirement home. Just imagine a stolen moment under the lamp, in front of the 1960’s counter in the looking glass, to try on a by-gone era. Just imagine all the eras of hats that have passed through her freckled hands and will never pass between mine.