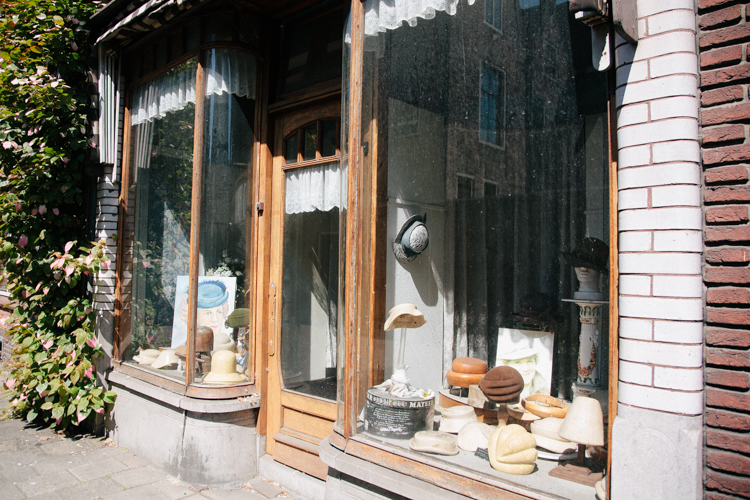 In 2001 I moved to Gouda. ”Gouda?”  Dutch people asked me, turning up their noses. I had lived all over the world, and I wanted to avoid ending my life in a modern suburb near Rotterdam. We bought a small house on the Lange Noodgodsstraat. “Its funny to see you living here.” Visiting friends said. The house, a former shop, stood in the city center on the so-called ”Emergency God Street, the Long One as Opposed to the Short One” along with a few other former shops one of which had been a milliner’s store. The milliner’s store had not changed; the milliner had drifted into a retirement home but the store was still represented by a few dusty hats and a soft hued, romantic painting of the owner displayed in the dirt streaked windows. In some ways the defunct milliner’s shop represented Gouda, religious women in hats, hard economic times, forgotten moth eaten glory, the backwoods or backwaters of the Netherlands.

The street was named after a medieval chapel in which seafarers could pray before leaving for the wider world or after returning from a voyage. The chapel no longer exists. Perhaps the street was my Emergency Street, my marriage fell apart after 13 years on the Noodgodsstraat, my home became a battle ground. I fled to Amsterdam. Although I stood many times with my nose pressed to the glass, I was never able to enter the hat shop.